Until further notice, celebrate everything

“Most of our assumptions have outlived their usefulness.” ― Marshall McLuhan 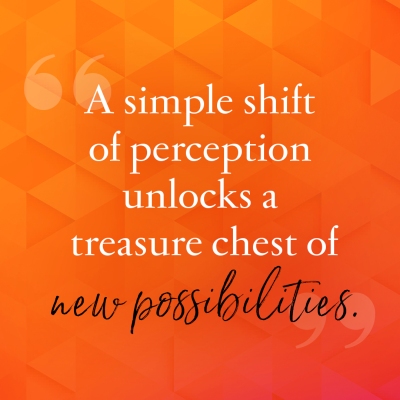 The Course in Miracles is all about challenging assumptions. We don’t see life as it really is because the stories we tell ourselves block the world’s unlimited largesse.

But what if the opposite is true? What if the life force is actively working on our behalf at all times to deliver exactly what we need?

Most of us believe, that if we want something, we have to save up the money, go to a store and buy said thing. But what if that’s an erroneous assumption? What if all we have to do is make the request?

I just got a lovely email from a long-distance hiker who told me it’s common knowledge, among hikers out on the Appalachian, the Pacific Crest and other long-haul trails, that whatever is needed often shows up magically, beside the trail.

For example, on a 200-mile hike, he noted that he’d failed to pack a soap dish. That very day, a soap dish showed up along the side of the trail. It’s known in the hiking community as “trail magic.”

It also works in the city.

Once, in Mexico City where I was giving a workshop, I noticed I’d lost one of my Einstein wands (from Experiment #3 in E-Squared). I had no time to replace the wire hanger, but guess what? Not three minutes later, I literally tripped over a metal wire on the sidewalk that I quickly used to fashion into the missing wand.

It’s like manna from heaven that was miraculously supplied to the Israelites in their journey across the wilderness. It literally fell from the sky.

So here’s the assumption I suggest questioning this year. Is it true that, if you need something, you have to go to the store to buy it? Or will the universe deliver it to you, as long as you simply ask and don’t let your assumptions get in the way?

← Magic is afoot!
Relinquish your map of the universe →

20 Comments on “Until further notice, celebrate everything”