Gratitude is my bullet-proof vest

“I wake up curious and every day I’m surprised by something. I try to recognize that surprise every day and say, “That’s a new gift that I got today that I didn’t even know about yesterday.”—Michael J. Fox 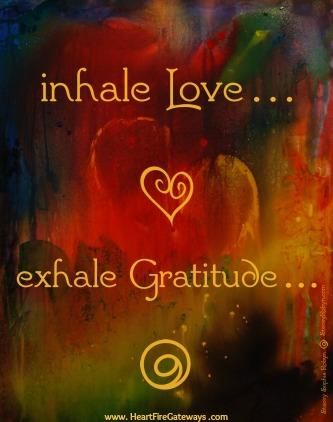 I was thrilled to learn that Mike Birbiglia keeps a gratitude journal. The comedian whose recent film, “Don’t Think Twice” is getting Oscar buzz says noticing simple things, like watching his baby daughter sleep, keeps the crazy silverback gorilla in his head quiet. It allows him to stay sane.

Gratitude is like windex in the movie,  “My Big Fat Greek Wedding”—an all-purpose cure-all.

Recently, I’ve been using gratitude to rewrite stories that no longer serve me. Rather than get bogged down in what the silverback gorilla tells me, I reframe my story by using gratitude.

For example, I am so grateful that I am a sleeping superstar. I might use this affirmation if I’m plagued with insomnia. Rather than moan about the fact I can’t sleep and worry about all those “bad things” that supposedly happen when you don’t get adequate Z’s, I plant a seed of gratitude. For what’s to come. For what’s possible.

Because remember, whatever is happening now is only one superimposition in the quantum field. We can collapse that wave with our attention, turn it into a festering problem or we can remember there are a gazillion other possibilities. Possibilities that we can call in with seeds of gratitude.

We don’t ignore problems (I prefer to call them incidences with mistaken identities). We just know they’re one story out of an infinite number of stories.

Here’s a cool one that recently popped in my inbox:

“So my friends and I planned this trip to Washington DC to visit the White House and the Grand Opening of the Smithsonian National Museum of African American History and Culture in Sept. We planned it in July and were just counting down the days. Well in early September we got an email saying that our White House Tour was denied! Then literally 5 minutes later another email saying since so many people were coming to the museum they were going to have to give out timed passes to enter the museum. So between the 4 of us we figured we’ll get online and call and get the passes. Well that didn’t happen and we struck out!!!

““We didn’t want to cancel the trip because we were excited to see DC and no to mention the President and former President and Oprah and everyone was going to be there for the dedication ceremony and we wanted to be a part of history so we continued on. I just knew somehow I had to see the museum while I was there. We had one day Saturday to get in!

“After the ceremony the museum opened, we asked 100’s of people if they had any extra tickets but we were still unsuccessful! We decided to go back to the hotel room and regroup and plan our way to sneak in (seriously).

“At the same time, I just continued to be grateful for going to DC and attending the ceremony. Never once did I throw a pity party for not getting “timed passes” because I just knew FP wouldn’t let me down!!!

“We get back to the room to find a Facebook message from a person with extra tickets. And to top it off she had exactly 4 tickets because her friends canceled. Can you believe it!!?? Exactly the number we needed!!! There were more than 300,000 people trying to see the inside of that museum that day. And we got in! We were a part of history all because I knew the Universe (aka FP) wouldn’t let me down on this one.

“BTW if you are ever in DC definitely put it on your to do list. It is the most spectacular museum I have ever been to!!! It is absolutely breathtaking!!! It’s 7 stories starting from slavery to Obama being President! After reading your books and seeing my ancestors in this museum I know that my ancestors did not have time to throw pity parties or feel sad they simply believed in love (and saw love in others) and that things would change… and they did!! Had they not been grateful for what they did have they would not have been given more.”

Thank you so much, Chastity!!

Pam Grout is the author of 18 books including E-Squared: 9 Do-it-Yourself Energy Experiments that Prove Your Thoughts Create Your Reality and the just released, Thank and Grow Rich: a 30-day Experiment in Shameless

← Important news flash: There is only one problem left in the world.
Why I’m the luckiest person on the planet, Episode Can’t Keep Track →

29 Comments on “Gratitude is my bullet-proof vest”