“If you can’t be present right now, nothing new is ever going to happen to you.”—Richard Rohr 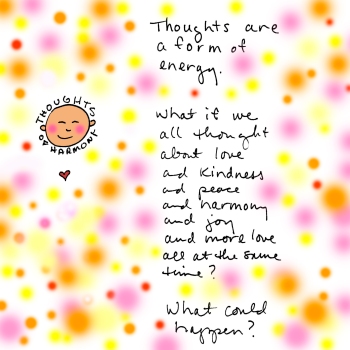 Had a great time with the penguins at 21C Hotel in Bentonville, Arkansas. Got back just in time to attend an Ugly Christmas sweater party and, of course, my Sunday power posse.

We were talking this morning about thoughts, about where they come from (does anyone really know?) and the importance of being in the present moment. Frank made the observation that when he was busy fretting about something that happened yesterday or worrying about a bill coming due tomorrow, Jesus could walk by, glowing and everything, and he’d never even notice.

I also got a kick out of a couple manifestation stories shared by members. Especially in light of the fact that we’re fast approaching the E-Cubed Selfie Challenge with, yes, lots of cool prizes. All three of these manifestations happened in airports.

I got an email the other day from a guy who was reading E-Cubed. Since the time he was 5, he loved astronauts and space flight. He always dreamed of someday meeting an astronaut. He said that while “playing” with the experiments in E-Cubed, his wife gifted him with a book by astronaut Chris Hadfield. He said he was in tears reading the book, thinking, “This guy and I could have been brothers.”

Well, guess who he meets a few days later at the airport?

The one and only…..Commander Chris Hadfield.

Mary Kay, from the posse, was in the Minneapolis airport yesterday and not only did the song, “Tears of a Clown” come to her mind, a song with a special memory, but she bumped into Smokey Robinson who she’d always loved and wanted to meet. He even gave her a big hug.

Only half serious (or maybe not), he just “happens” to sit next to one on the plane, one that even showed him her website.

The point is this: Your thoughts are a form of energy, broadcasting your dreams and desires out into the universe.

Might as well pay attention, be in the now moment and take it all in.