Helsinki, Fred Phelps and why love is always the final answer

“I love participating in a world that’s waking up all around me, in every direction I look, and being a part of this astonishing process.”—Grace Bell 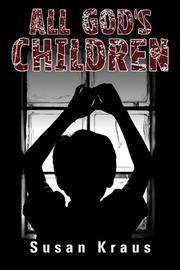 I’m in Helsinki this week, traveling with a beautiful tattoed 22-year-old. We’re staying at a century-old Art Nouveau castle in Helsinki’s Design District. I’m on assignment (yes, I’m still a travel writer) in addition to speaking this weekend at the I Love Me! conference at the Helsinki Exhibition and Convention Centre.

The cool thing is I have all these amazing friends who can fill in for me here on the blog. Today’s post is by my long-time friend, Susan Kraus, who lives right here in Lawrence, Kansas. She’s a fellow travel writer, a brilliant mediator and now, a novelist.

I was lucky to get an early reading of her just-released novel based on the Fred Phelps family. Yes, we here in Lawrence (30 minutes from Topeka where he long-reigned) have had a ongoing opportunity to grow our love for those who, by all appearances, aren’t terribly lovable.

I am extremely proud to run this post by my dear friend, Susan Kraus who I hope you’ll join me in supporting:

Journey of a Skeptic

Some people are born, or conditioned, to be pessimists. Pam Grout would say that no one is born a pessimist, that we’re taught pessimism, taught negative thinking, taught to think small, down-size our dreams, rope in our hopes. But it can be hard for some of us to separate out what is intrinsic and what is learned or absorbed.

I grew up with a father who was insecure and easily threatened. I look at women who had ‘daddies’ who noticed them, told them they were smart and pretty and could be anything they wanted … and I wonder what that would have been like. Not even in a jealous way, more like wondering what living on Mars would be like. That’s how foreign it seems.

Which makes what I am now doing sort of, well, terrifying. I’ve written not one but TWO novels. One I mostly wrote 15 years ago. It was pretty good and was being marketed by an agent when publishing tanked after 9-11. So it went into a closet and I went back to my work as a therapist and mediator. But the voices in my head came back. The characters were still alive — they had lives and opinions and feelings that they wanted to express. And they were so pushy. So I re-wrote book one and then wrote book two — which means I have a series. Book three is already cluttering up my dreams.

Last year I was starting to search for an agent, who would then look for a publisher, who would then edit and do whatever for a couple of years before the books came out. And if this all worked out, it would be 2-3 years minimum. And I startled to the realization that I do not have that much time. I’m 64 and my dreams have been in the damn closet for far too long.

So, I had lunch with my friend Pam (yes, that Pam) who is a cheerleader-for-mental-health, and shared my dilemma. Should I: 1) go the traditional route, the publishing route I’d always seen as the ‘right’ way, which meant waiting indefinitely for things to maybe ‘work out,’ or, 2) take the risk and go with Create Space (Amazon’s publishing wing) and give up my life-long dream of “being published.” Did I dare presume that my writing was good enough even if I wasn’t chosen by a publisher? Could I assume the responsibility, the risk, go for broke?

“Just do it,” Pam said. “You know you can write, the books are strong, believe in yourself. “ (Yeah, sure, Pam, easy for you to say.) And then she started in on that visualization stuff, what the pessimistic, skeptical Catholic girl in me calls “woo-woo.” Like “Open your mind to what you want” and “Dare to imagine” and “Focus on the beautiful” and “Give yourself moments of joy.” Then, “See what you want in life and move towards it.”

What the hell, I thought. I could die soon. So I did what Pam said. I picked Door #2. It’s been a peripatetic journey. But only a year after “lunch with Pam,” I have two novels, books-I-can-hold-in-my-hand, available on Amazon and Kindle, with solid Kirkus reviews (which I would like to share but then “I might get a swelled head.”)

I asked Pam to do some “author interviews” for my website (www.susankraus.com) and she said, “Sure.” Voila! Instead of worrying, it was done.

My novels’ protagonist is Grace McDonald, a therapist and mediator (hence the Grace McDonald Series). She is about 55, has suffered losses and learned from her pain. While she is not averse to bending the rules, Grace solves conundrums and crimes by using her brain, her ‘women’s intuition.’ (And, yes, woo-woo.) Grace has a daughter who is a single mom, and a grandson with Asperger’s. She has work with clients and grocery shopping and chores and all the stuff that fill women’s lives. Grace has opinions and is willing to make some waves. And, in every book, she’ll grow and change.

So, that’s my story today: a 64-year old woman who is reaching for the stars (like 5-star reviews kind of stars, but other stars as well.), a skeptic and pessimist, who is trying to see the world differently, trying to super-size instead of downsize her dreams, trying to do what Pam teaches: to open my mind, discover joy in the ordinary and not be afraid to “ask the universe” (which makes me giggle when I say it out loud) for what I desire.

So, if you like solid, character-driven thriller/mysteries, but where it’s really about the relationships, then read Fall From Grace. And if you like provocative, family dynamics/ social issues books with a sucker-punch ending, then read All God’s Children. And if you like book series, because you enjoy returning to the same characters and developing a relationship with them (and their author), then get both. And then tell me what you think.

I do know that the skeptic in me is facing a stand-off with the woman who wants to trust and believe. It’s shaping up to be quite a show. But that’s for Book Three.

← Four vital truths that self-help books fail to mention. Or why striving sucks.
Why Love–not Orange–is the New Black →

16 Comments on “Helsinki, Fred Phelps and why love is always the final answer”