How long does it take to manifest a sailboat? As long as it takes you to believe 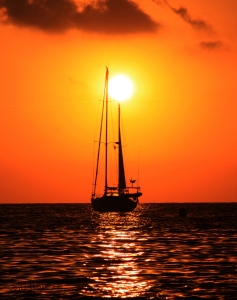 Here’s another fun story that popped into my inbox this week from a fabulous guy named Roland who says his wife and four grown sons suspect he’s from another planet with all the miracles that come his way.

“I just finished your book E 2, great fun! In the back of it you said to share a story. Well, I’ve been enjoying these books and other’s stories for years and am frequently asked how long does it take to manifest? I’m sure you have heard that question.

“So, my answer is ” Be careful what you ask for.” I was talking to a friend on the phone while surfing Yacht World (it’s a magazine) and looking at sail boats. He suspected I was not totally present and asked what I was doing. I admitted that I was looking at yachts and wished that I owned a 38 (380) foot Catalina and could have it slipped in the San Francisco area with the freedom to fly out, cruise and just hang.

“Minutes later, I spotted a 38 foot and asked Gary to hold on while I checked it out. It was exactly what I envisioned and as I read on, the owner said he would be willing to trade for an inland boat (quite unusual) and that he would trade for a 32 Catalina which is exactly what I owned.

“I got off the call with Gary and called a Salt Lake city area code, no answer, so I left a message. Half an hour later I noticed the Salt Lake number on my phone and returned the call.

“I called a Denver prefix, are you in Denver?”

“I live there, but I’m in Denver today on business.”

He asked to see the boat and I told him the boat was not in Denver but currently being stored about 50 miles north by the Estes Park exit.

He said, “I’m north also and very close to that exit.”

Now I’m thinking “No Way and this is getting a little weird.” I told him who to contact, check it out and if interested, call me back. He called back, said he loved it and wanted to trade! At this point less than an hour had gone by and I’m thinking,” WOW,” even the Universe can’t move that fast. (NOT)

At this point I was scrambling and trying to figure out how I might wiggle out of this; we had not talked about difference figures yet, so I figured that would be my way out. I offered a ridiculously low figure, and he said “Great when can we close the deal” I spent the rest of the afternoon ” Splanin” to the Universe “NOT SO FAST- I’M FAIRLY NEW AT THIS CREATION THING !!!”

Of course, it all worked out.

Thanks, Roland, for inspiring us all!!!

← Get your fix of kumbaya right here.
Why Judge Judy wins Emmys and I don’t →

30 Comments on “How long does it take to manifest a sailboat? As long as it takes you to believe”