Moving towards the “thing” that gives you goose bumps

“What I want in my life
is to be willing
to be dazzled—
to cast aside the weight of facts.”—Mary Oliver 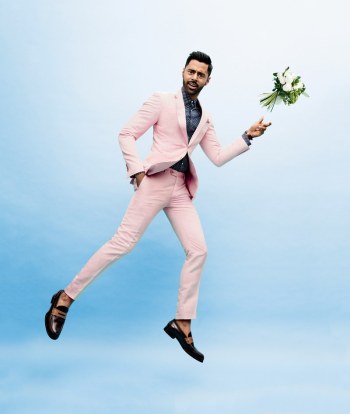 The facts of the dominant paradigm insist you can never write a book, be a comedian, make it as an artist.

But facts are only placeholders until the higher truth emerges. That’s why it’s so important to keep moving towards the “thing” that gives you goose bumps.

Back in February, the Daily Show correspondent Hasan Minhaj gave a show at Liberty Hall in Lawrence, Kansas.

He told a touching story about his dream to be a comedian. He grew up in a small university town, was a nerd, a smart kid. He studied political science in college. But after seeing Chris Rock’s standup show, “Never Scared,” he got the goose bumps. It was the big one, the thing he wanted to do.

He started making comedy YouTube videos of him with a photoshopped Conan O’Brien. He put that vision in his mind. He started moving in that direction.

Today, you’ll find plenty of YouTube videos of the nerdy immigrant kid from the small college town—only now they’re of his one-man show, or of him on The Daily Show or as emcee of the White House Correspondent’s Dinner.

Anything can be manifested, but you gotta start with a vision.

What gives you goose bumps, my friends?

← The Dude indeed abides
Quit hexing yourself by looking for disease →