Empirical evidence is in the eyes of the beholder

“Just because something is rampant in your civilization doesn’t mean it has to express itself in your life.”–Abraham-Hicks 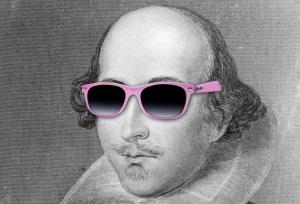 Despite what it says in the newspaper, despite what your mother told you, despite what society insists is rock solid truth, it’s important to remember Shakespeare’s adage, “Nothing is either good nor bad. Only thinking makes it so.”

Your thinking regulates what is allowed into your life experience and what boogies on over to the next guy. You get to decide. You have the final say.

And since my thinking believes in miracles, magic and moving right past the bouncer who says, “You can’t go in,” I hear stories like this each and every day.

1. “I’ve been reading E-Squared the past week. I was reading it in a coffee shop, and I decided to attempt to call out the FP. I noticed a man reading on the other side of the shop. I said “if all this is real, have this man look up and stare directly at me.”

“He didn’t. I didn’t loose the faith, just forgot about it and went about my day. Later, I was eating at a diner. Over the loud speaker came a song by an artist called St Vincent. The lyric goes “did you ever really stare at me….?”

“I thought that was funny and hadn’t heard the song in a while. I pay for my meal and as I enter into the street I start singing the song, “did you ever really stare at me?.” I take not but 5 steps until I’m met with the direct stare of the man from the coffee shop.”

2. “In summer 2014, I met a beautiful guy. He was absolutely amazing, he was funny, he was a musician and even though I was overweight and my confidence was big as a nail, he was kind to me and he treated me as a beautiful woman. I fell in love with him in one night. When we met again, he was acting like a jerk. But I was so in love with him that I gave him your book to read. And guess what? He started to change. Since we first met, he changed a lot. You changed my life and the life of my boyfriend from a womanizer to a kind, beautiful person.

“He told me to send you his thanks, too. And there is one more thing that I wanted to tell you. I lost 12 kilograms and found out I want to be a singer. I was fighting thoughts of not being worthy, but now I am taking classes, getting better and I have had three concerts.

3. “ I did this experiment 3 weeks ago. The night of the first 24 hours I decided I wanted to go to Japan (knowing that if I keep being positive it will come together). The next night I had stayed at my partners and we discussed what we wanted to do in Japan, where we wanted to stay and all that jazz. The next morning when I got home, my mum said, “I have a gift for you” and there it was–a Japanese hand fan (she knew nothing about the experiment or Japan). I knew in that moment that the field of potentiality was very real.‬‬”