“Tell the negative committee that meets in your head to sit down and shut up.” –Kathy Kendall

“We all need a daily dose of vastness.”– Rob Brezsney

Today’s daily dose of vastness is from Mollie Player, a fellow LOA blogger who, like me, is a freelance writer, a mom, a traveler and an author. Woo-hoo!! As I told her, “we’re twins….only I’m a lot older.” With no further adieu, take it away Mollie:

When I first decided to start saying affirmations way back in January of 2012, one of the first I tried had to do with work.

Work is my passion. I love what I do (I’m a freelance writer) and want nothing more than to keep sustaining myself (maybe, more than sustaining? Dare I say, thriving?) in this way. Since I had just given birth in November, though, and had only worked sporadically since then, I desperately needed things to pick up. So, I made some phone calls, wrote some emails and did all the usual things, without getting much response.

Then I tried it: My affirmation.

It was this: “I have steady freelance writing work.”

Here is what happened next: The following day (yes, DAY!) I received an email from a client that I hadn’t heard from in a while (my best paying client, no less). Then, later that same day, I landed an interview that resulted in a one-time paying job and a job offer (which I later refused due to other work opportunities).

And the story gets even better. I got more work from my best client. I got several jobs from my from my agent. And I’m happy to tell you that the following months (until the birth of my second child) were the most productive and financially lucrative of my career. I am so surprised that things picked up so quickly and for so long–with just that one affirmation! 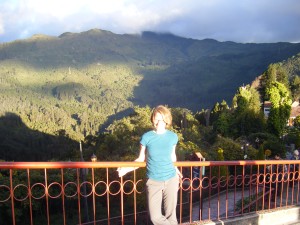 ← “Let’s take it higher, baby.”–Tama Kieves
What The Hangover Part III taught me about quantum physics →

1 Comments on ““Tell the negative committee that meets in your head to sit down and shut up.” –Kathy Kendall”