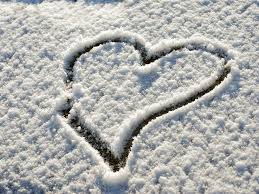 Happy Hump Day! Once again, I’m heading out of town, this time to New Mexico on a “Breaking Bad” press trip. I’ll be hot air ballooning, visiting the studio and eating at the favorite restaurants of Bryan Cranston and other B.B. stars. And, yes, I’m taking the script for my TV series.

Luckily, I’ve met so many amazing folks through this blog (and have fallen hopelessly in love with this whole social media phenomenon) that I’ve got any number of brilliant friends to fill in.

This story comes from Dennis who, among other things, introduced me to Glenda Green’s book, Love Without End. Thank you for that, Dennis. I’ve enjoyed it immensely. So, in the interest of working together to change the dominant paradigm, I’d like to share this incredible tale from one of my favorite commenters. You’ve got the floor, Dennis:

“I’ve got a few of those “manifesting” experiences that would fall into the “unbelievable” category, so I’ll share one here.

Back in the early 1980s (I’m not sure of the exact year – 81, 82?) I was intently reading Neville and Seth (Jane Roberts). But it was “The Nature of Personal Reality,” by Jane Roberts as Seth, that I was most focused on, and every night into the wee hours and staying up alone, I would put on some quiet Steven Halpern music and read, highlight and review the book.

After about an hour or two, and still sitting in my bentwood rocker, I’d turn the light off and with the music continuing in the background I’d imagine things as though they already were. Then I’d go off to bed.

Anyway, I got it in my head that I was tired of the snowy Michigan winters I’d grown up in, so I decided I could control that, (according to what I’d been reading) so night after night I visualized waking up in the morning; looking out the little diamond-shaped window in our front door, and seeing the bare, snowless front lawn and street.

It was getting late in November; about the time mid-Michigan would get its first lasting snowfall, and LOTS of snow would endure us from then on – usually until about mid-March – due to being sandwiched within the Great Lakes and their “lake effect.” Sometimes, when the stuff drifted, we had to put “flags” on our car antennas just to let the snowplow know where the cars were parked in the street.

That’s how much we usually got, but none so far this particular year, and I was really encouraged as we went well into December and still no snow. I’d seen some flakes in the air a few nights, but it never did stick and I diligently continued my nightly routine.

The BIG TEST came after the New Year. It was still snowless and sometime in late January, or maybe February, I’m not sure. But a major blizzard approaching had been announced on the news.

The prevailing weather usually moved from west to east across our state, and the storm was still over Indiana and some others, and expected to cross Lake Michigan and the state in the middle of the night. It was dumping huge amounts of snow everywhere it passed and schools, businesses, and even freeways had been shutting down.

I realized I was like, looking-down-a-loaded-gun-barrel, but I decided I’d come this far and my faith was really on the line. I did my usual visualization in spite of the facts and got into bed.

I awoke the next morning and going to the little window I was amazed to look out at a completely snowless scene!

And equally amazing, here’s what the follow-up weather report said: The storm had stopped dropping its load as it passed over Michigan that night, but began again immediately after it got across the state and into Canada, then New York, etc.; shutting commerce down just as it had before.

So my conviction was made a lot easier after that, and Michigan finished out the season with no snow on the ground even though we’d had plenty of cold weather and it had tried to flurry on several occasions.

I think it may be the only recorded Michigan winter on record without snow – at least back then – and I remember deciding to repeat it again the next year, so I began doing the same thing and the snow was staying away as we headed into the season. But I lost interest in the experiment; wondering “What’s the point?” and having other things on my mind by then, and so I abandoned the project and the snow came back.