Once, in a three-bedroom pension in Austria, I got locked in a tiny bathroom. I hollered out to my hosts, “Help! I can’t open the lock.” They spoke no English so obviously they didn’t rush to my aid. Instead, they probably scratched their head, wondering what the crazy American girl was yammering about so early in the morning. 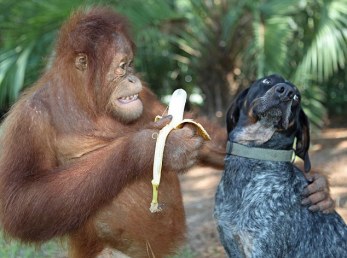 Not wanting to miss even an hour of my fabulous solo Eurail adventure, I got louder and louder in my attempts to arouse their assistance. Finally, they came to the door and started asking what I presumed were questions, but since I speak no German, I had no idea what they were asking.

This story (and, yes, for those who are wondering, I finally did get free from that tiny 3-foot by 4-foot lock-up) demonstrates what I think is going on in the world today, particularly American politics. People are speaking two different languages.

Since I’ve spent much of my life writing books about what I consider to be the biggest secret in the world (that we all really love each other), I’d like to offer some translation assistance:

1. What they say: Life Sucks
What they really mean: I’ve memorized an emotional state of suffering and have set up neural pathways that can see little else. Secretly, I know the world is beautiful.

2. What they say: You suck
What they really mean: I’ve picked up cues from my background that suggest you’re different from me. So I’m scared and prefer to keep my distance. In reality, I love you and know we are one.

3. What they say: Your politics suck.
What they mean: I’ve learned this unfortunate habit of jumping to conclusions and shutting out all evidence that differs from my safety zone. I’d really like to shut up long enough to hear what you have to say. I know we have more in common than we have differences.

Or if that fails, do what I do. Play the opposite game. When people start spouting unhappiness, inanities and misinformation, I know they’re simply replaying old tapes and need my love more than ever.

← We simply must get over the notion that there is reluctance on the part of Infinite Intelligence to provide our good.
From struggling single mom to multi-millionaire →

6 Comments on “Mean people don’t suck: The Rosetta Stone for “Knowing thy Enemy””