My magical Taz: snapshots of a life of incomparable goodness, grace and gusto

‘There are certain things that happen to you as a human being that you cannot control or command, where you have to bow in the human humility that there’s something running through you that’s bigger than you.”—Elizabeth Gilbert

As many of you have pointed out, there really are no words. My beautiful daughter, Tasman McKay Grout, was epic. This photo essay is my way of celebrating her extraordinary life. 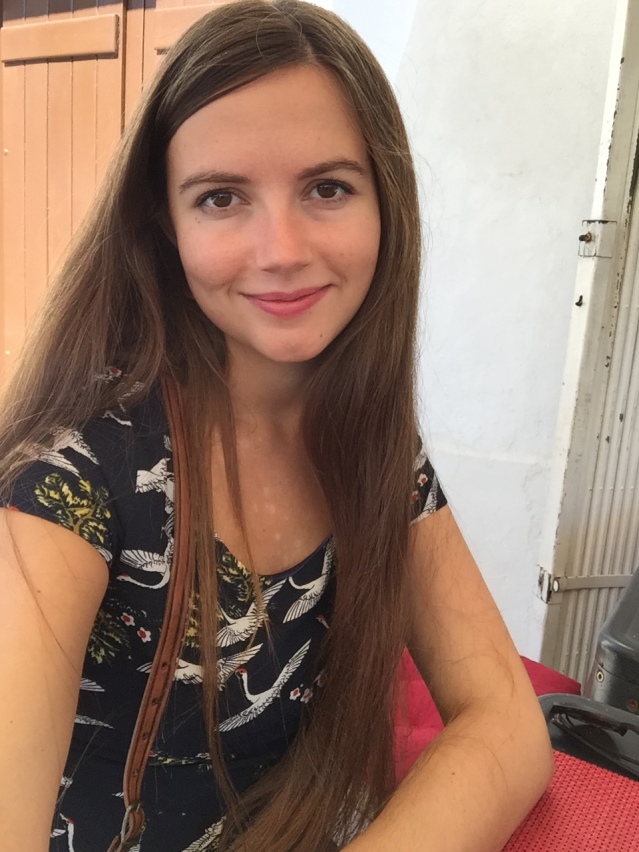 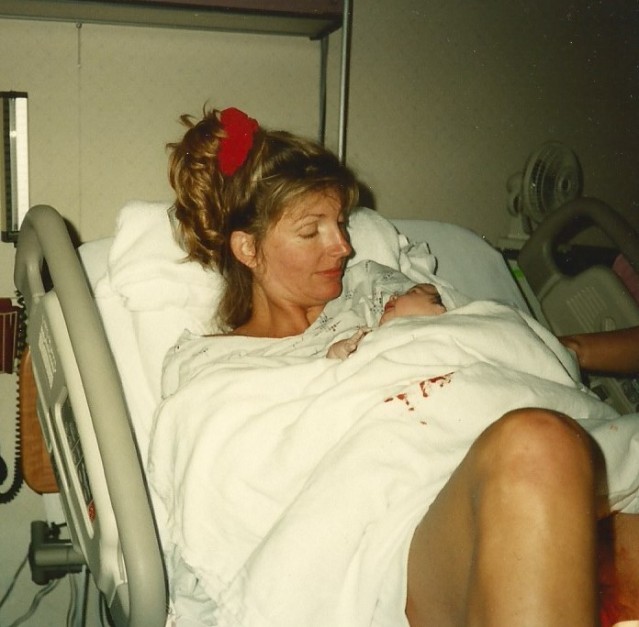 We first met on October 8, 1993. I was so smitten with this beautiful soul that I refused to let her out of my sight. Whisk her off to the nursery? No way.

She was and always will be my brown-eyed girl. 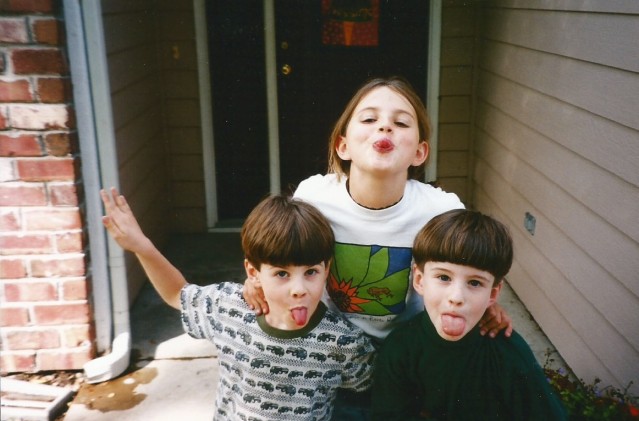 With her best grade school friends from the hood.

I was never a prim and proper mother. Luckily, she didn’t much care.

Instead, we spent lots of time outdoors. In fact, the best parenting advice I ever heard was, “Don’t try to get her to hurry up and move at adult speed. Better to slow down and see the world through her innocent childlike eyes.”

Here she is with my mom who died 9 days earlier. We had just returned from mom’s memorial when Taz had her unexpected aneurysm.

She was named for the Tasman Sea.  Her bio dad is from New Zealand and I got my master’s degree in Sydney, Australia.  She finally met the Tasman Sea in February 2017. She even did a solo five-day hike around the Abel Tasman Coastal Track.

She was quietly fearless and had a heart bigger than the sea for which she was named.

She has the coolest friends.

Who do the coolest things.

Once, she and her friend Marina posted an ad on Craigslist offering themselves up as superheroes willing to perform good deeds. For free. The only person who responded was the local newspaper wanting to write a story about the mysterious do-gooders. 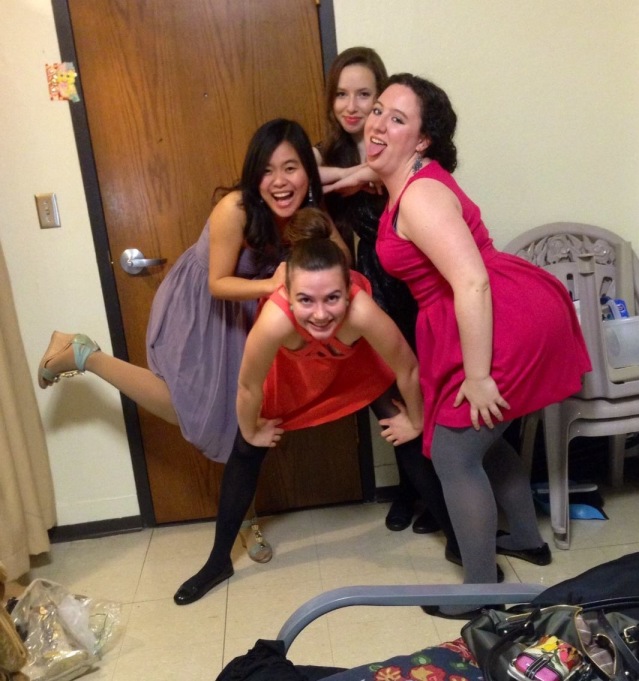 These are some of her friends from college who have all sent me the nicest notes about how much Taz meant to them and how much she changed their lives for the better. 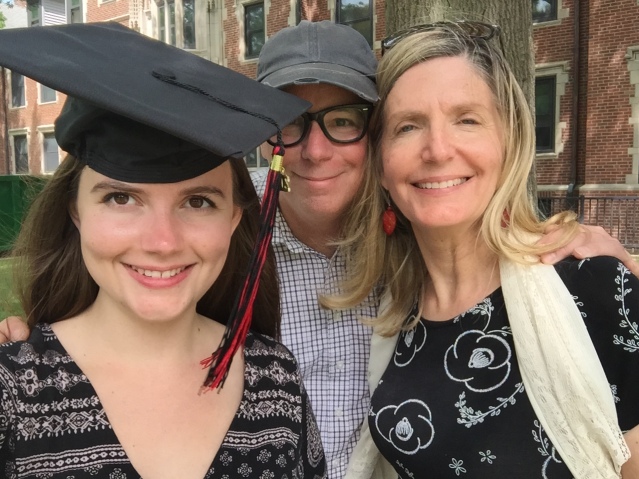 She graduated from Grinnell College with honors in May of 2016 with a degree in anthropology and Spanish.

Another friend commented that Taz always reminded her of the importance of not taking life too seriously. One of the best compliments she ever gave me was “Thanks, mom, for teaching me that you’re never too old to play.”

After college, she headed to Spain. Yes, she’s definitely her mother’s daughter. In her short 25 years, she traveled to more than 30 countries. 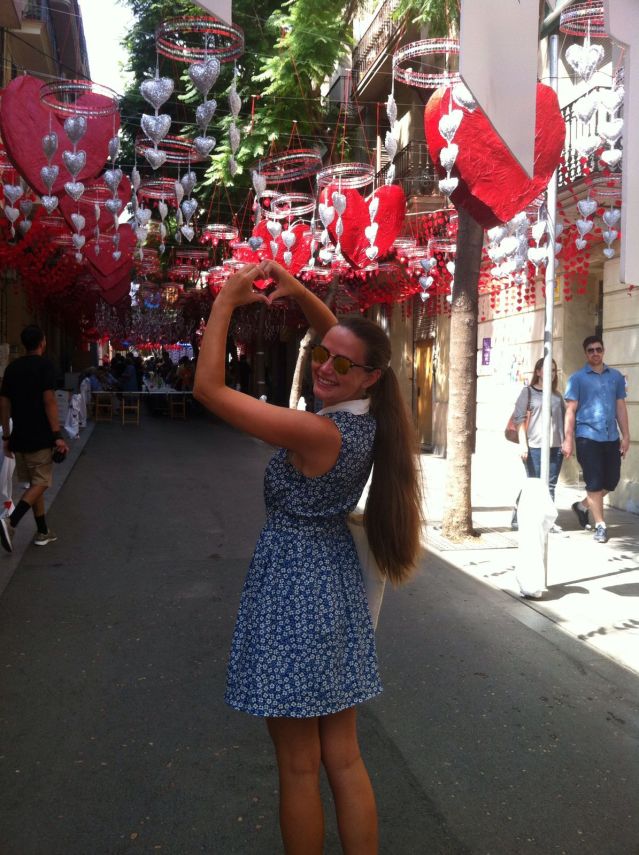 In her beloved Barcelona 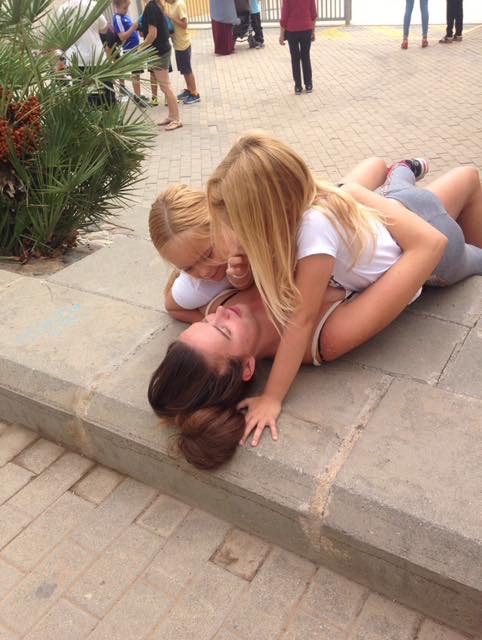 Children adored Taz.  Something about her drew them in. While in Barcelona, she was an au pair for these darling twins. 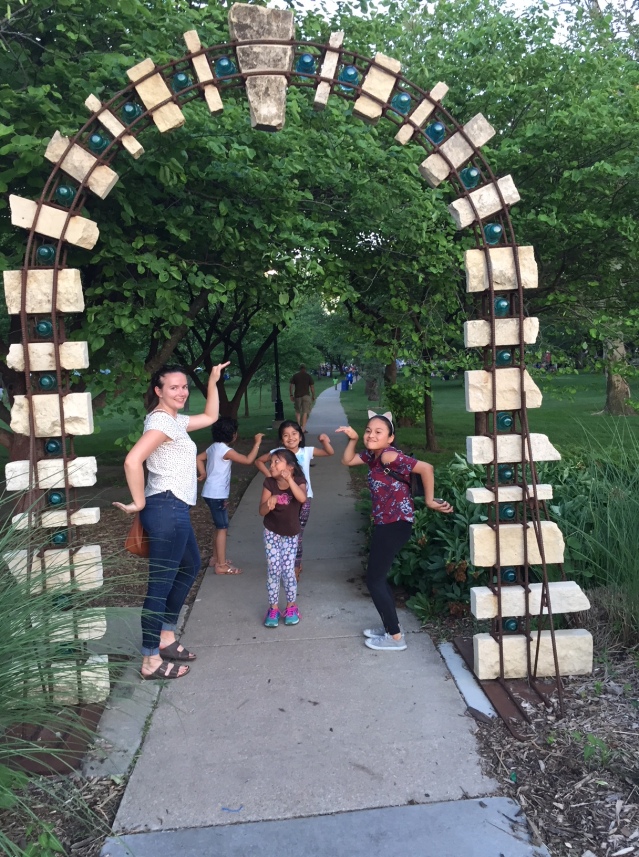 When she finally returned home after a year of wild wandering, she worked with the Spanish-speaking families of Douglas County for Big Brothers/Big Sisters. And because she definitely smoked what she sold, she became a big sister, as well, to Citlali, the girl with the cat ears on the right.

Because I am such a proud momma, I literally have 38 (and I’m not exaggerating) photo albums of this gorgeous girl. But I’ll stop with the following photos of our travels around the globe.

I wrote about our Costa Rica surf lessons with Jesus from Venezuela in my book, Thank & Grow Rich.

One summer, when Taz was still in high school, we lived with a family high in the mountains of Ecuador, allegedly to teach Spanish lessons. Taz, who is fluent, actually performed her duties. I, who am not, mostly played street soccer with our charges. Here, we’re at an Ecudorian cooking class. 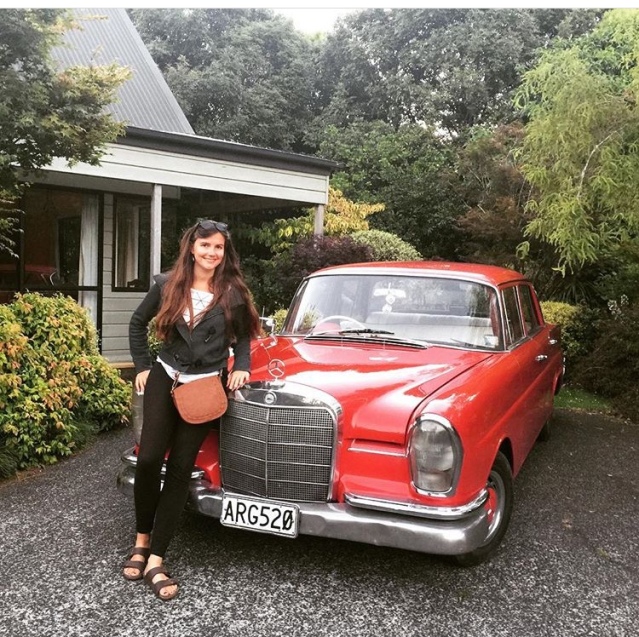 We walked the Cotswold Trail from Stratford-on-Avon to Bath, England the summer before last.

Our trip to Egypt was life-changing. We’ve also traveled together to Cuba, Peru, Europe and many Caribbean islands.

And while we usually went casual, she could be quite glamorous when she wanted to be.

Her life was far too short. But the incandescent flame that is Tasman McKay Grout will shine forever, sparkling and inspiring us all to live and love better.

Pam Grout is the author of 19 books including E-Squared, E-Cubed, Thank & Grow Rich and her latest book, Art & Soul,Reloaded: A Year-Long Apprenticeship to Summon the Muses and Ignite Your Daring, Audacious, Creative Side.

216 Comments on “My magical Taz: snapshots of a life of incomparable goodness, grace and gusto”