Today, I take a different bus

“I don’t have to make the crowd go wild or get a standing ovation. Good enough means that I finally enjoy playing the game.” ― Jenni Schaefer 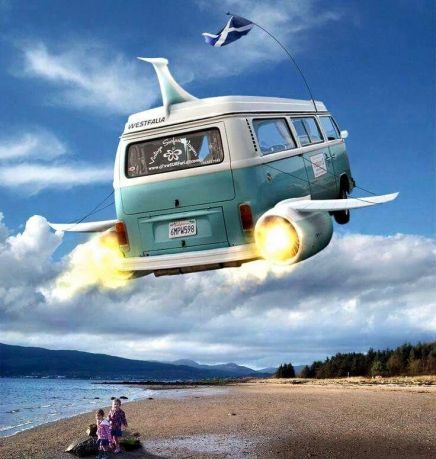 My friend, Jay, an amazing life coach and cherished member of my possibility posse, told a funny story that perfectly illustrates the current Course section, “What is the World?”

The day before he was flying to California to give a presentation, he tried to check in to his flight online. He entered the confirmation number several times and was puzzled that the airline website kept insisting there was an error.

“Oh well,” he was busy, had lots of things to wrap up and finally figured. “I’ll just check in tomorrow at the airport.”

Next day at the kiosk, he got the same message. Finally, with less than an hour until his flight, he stormed up to Delta desk and demanded “What’s the deal?”

The attendant took one look at his ticket and said, “Oh that’s a United confirmation number.”

United, for those who don’t know the Kansas City airport, is in a completely different terminal. He had to catch a bus to get there.

Jay’s perception about his airline tickets, like so many of our perceptions about the world, are false.

We literally make up a story (I’m on Delta) and proceed to go to the wrong terminal. As the Course says, that’s when the mechanisms of illusion are born and from those illusions, we create a world to match.

The Course is like the attendant who kindly pointed out that Jay was basing his thoughts (and therefore assumptions and actions) on a false perception.

Once he let that go, he easily caught a bus to a different terminal where his plane was waiting.

ACIM Lesson 241 says today is a time of special celebration. Because in this very moment, we can let the false perception go. We can leave the terminal of separation, the one that claims nothing’s quite good enough, and catch a free bus to the terminal where errors vanish, false perceptions disappear and everything is perfect in every way.

Pam Grout is the author of 19 books including E-Squared, E-Cubed, Thank & Grow Rich and her latest book, Art & Soul,Reloaded: A Year-Long Apprenticeship to Summon the Muses and Ignite Your Daring, Audacious, Creative Side.

← Set the dial back to zero
Houston, there is NO problem →

12 Comments on “Today, I take a different bus”